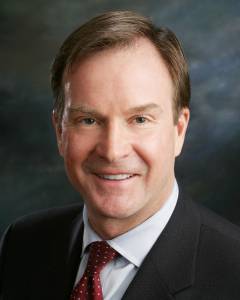 “I‚Äôm happy to report that Michigan‚Äôs own Attorney General Bill Schuette will be ‚ÄòOn Duty‚Äô at our Lincoln Dinner event on May 23,” said Eaton County Republican Party Chairman Anthony Snyder. “The Attorney General has done a great job for the people of Michigan these past seven years, and we are excited to have him as a speaker. There are great things coming in 2018 for Eaton County, and for our state.”

Bill Schuette was elected as Michigan‚Äôs 53rd Attorney General in 2010, and was re-elected in 2014. He previously served as a Congressman, State Senator, and as a Judge on Michigan‚Äôs Court of Appeals.

Paid for by the Eaton County Republican Party with regulated funds. Not authorized by any candidate or candidate committee. P.O. Box 80112, Lansing MI 48908